Crypto Crashes and Wolves on the Prowl 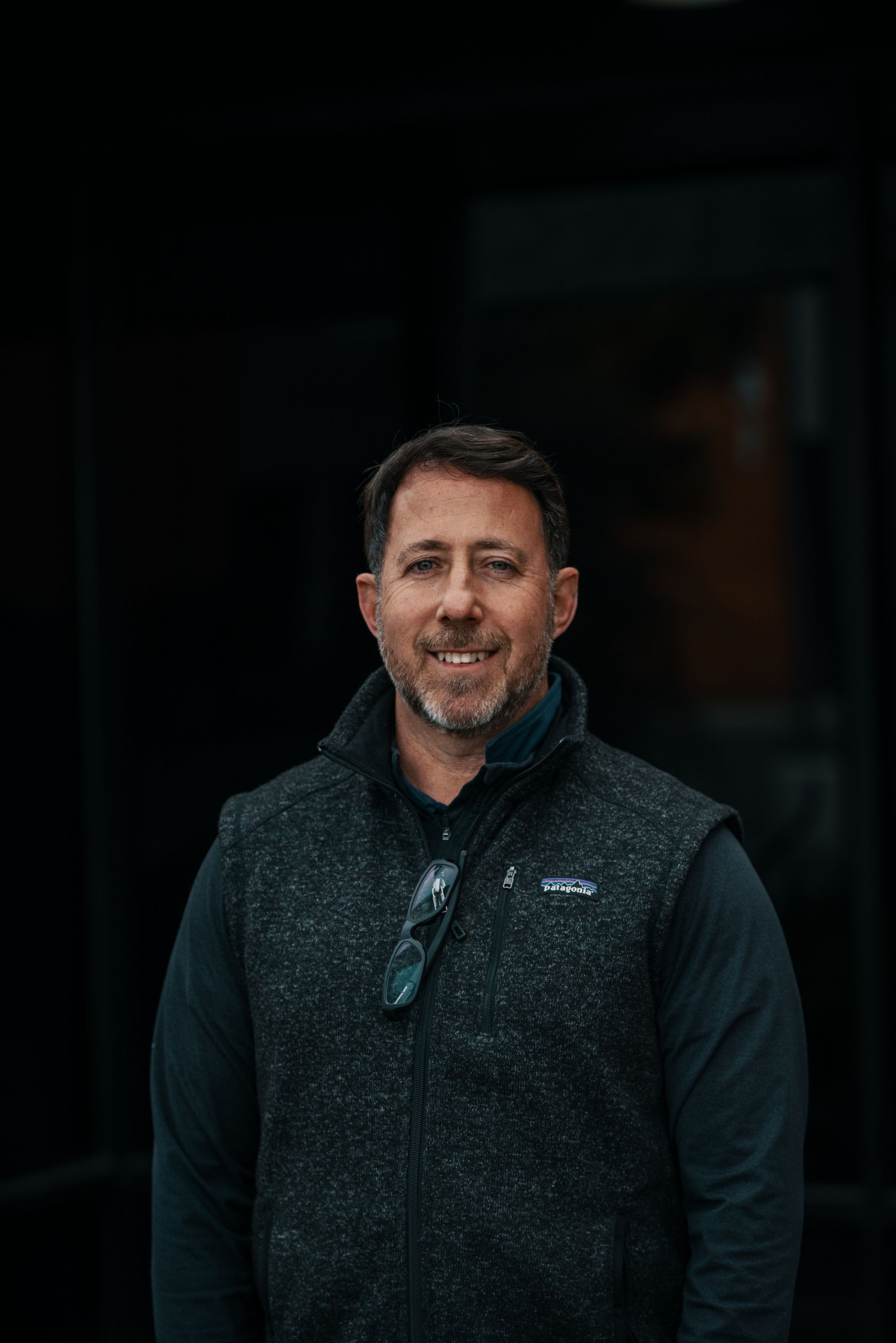 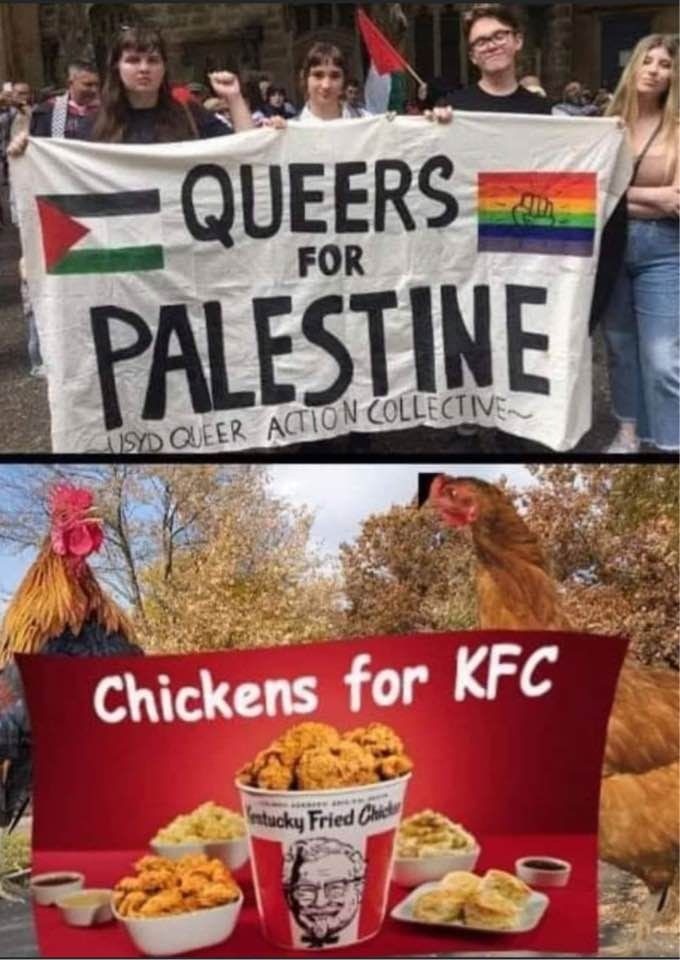 While crypto markets were crashing, I was fortunate enough to spend the first half of the week at a mastermind with some terrific human beings. I expected this group of entrepreneurs to be smart and motivated, but the biggest surprise was how genuinely decent and generous they were as well.

The most faithful piece of self-development advice is that we are the average of the people we spend the most time with. If that’s the case (and I’ve got 40 years of experience and testimonies from hundreds that affirm this), then I was lucky enough to raise my Human GPA considerably this week.

I can’t say this enough times - be deliberate about turning off the TV (or better yet, never turn it on in the first place). Put your phone on do not disturb, go out into the physical world and sweat, explore and make or meet some friends. The world is a better place when we’re not on Twitter or staring at screens.

There were numerous reasons for the selloff. The most cited media explanation was Tesla refusing to accept Bitcoin anymore for car purchases. Elon and the environmental FUD were enough to drive BTC through some key technical levels and start a selling cascade that washed out over leveraged traders forcing liquidations.

I do think the greens and government forces have an opening to try to add some regulation here but don’t think it will ultimately be successful and as the counter-narrative picks up that Bitcoin is actually not bad for the environment, we’ll finish the year higher. The environmental worries are laughably overblown and even if they’re not, Bitcoin isn’t 1/1000th as bad for the environment as precious metals or the TradFi system. Either way, the planet can take care of itself. Bitcoin, F-150s or carnivore based diets aren’t going to move the needle in any meaningful way.

In evaluating various market players incentives and positioning, it’s my opinion that it’s much more likely that the selloff was simply a necessary cleansing of over leveraged speculators with a Machiavellian corollary.

I have zero evidence for my thesis below, but I’ve been a trader and operator for over 30 years. If there’s one thing I’ve learned, it’s that most of life is just probability calculus and pattern recognition.

So what’s my thesis? Simple. Powerful, well-capitalized financial forces saw an opening to push through technical levels and cascade the selling and they gave it a mighty push. Why would they do that?

Well, if you look at the news. Every day you see another big bank like Goldman Sachs, JP Morgan or other mutual funds, hedge funds and the like getting the crypto bug. Crypto, and Bitcoin specifically, is the first financial instrument that wasn’t created, owned and manipulated from scratch by the world’s wealthiest and most connected banks and people. It was and remains The People’s Currency, started by a pseudonymous genius and it spread like wildfire among everyday people, especially those with a tech background and libertarian bent skeptical of government and other corrupt institutions. It is the only decentralized, censorship-resistant currency in existence that isn’t completely controlled by the State or banking cartels.

It’s the first time that the big banks and Wall Street missed the boat. And they really, really don’t want to miss that boat. So it’s easier to spend some firepower here and knock it down 40% from its highs, and then keep Bitcoin in a range for a while to accumulate while it repairs its technical damage. Once they’ve filled their inventory, look for the uptrend to resume and new highs to be made by end of year.

There’s not much commentary I can add to the Israeli-Hamas conflict that hasn’t already been written more eloquently. The Babylon Bee summed up the obvious source of the conflict quite succinctly - ‘Tensions Rise In Middle East As One Side Wants To Kill Jews And The Other Side Are Jews Who Don't Want To Die And Neither Will Compromise.’ Besides Hamas (terrorists are gonna terror…), this rests entirely on the head of liberal American Jews and the Biden administration. Four years of Donald Trump led to the greatest period of peace and prosperity the Middle East has known, with no new conflicts and multiple peace agreements signed between formerly hostile nations and parties.

The Obama administration was a firm ally of Iran (to the tune of hundreds of billions of dollars and a massive regional influence upgrade) and a dedicated foe of Israel. Is it any wonder former Obama VP Sloppy Joe has now taken the baton and begun empowering terrorists like Hamas and other bad actors in the region like Iran and Turkey?

Even if he wasn’t a historical terrorist sympathizer and proponent of the Neocon Forever Wars philosophy, Biden’s severely diminished mental capacity and moral compass means one thing. As Jesse Kelly put it, “The world watches when the President speaks. Our friends watch. Our enemies watch. You’re seeing it now around the world. The wolves are on the move cause the shepherd doesn’t know his own name.”

The sad and yet perfectly unsurprising part is the moral relativism exhibited by politicians and celebrities standing up and defending a known terrorist group that targets civilians while using their own people as human shields.

The difference between the IDF and Hamas is that the IDF tries its best not to target children (as shown here) and Hamas tries its best to kill them (by, for example, releasing booby trapped explosive balloons for kids to find). If you're feeling sympathy for the Gazans, just keep that image of a five year old picking up a balloon with a bomb in it in your mind... and watch this.

The incredibly sad yet amusing part of the whole 4G propaganda war is the support for Hamas and Palestinians by the intersectionality mob. Being ignorant of history is one thing. But morally and verbally supporting a group who considers your very existence blasphemy, and would just as soon kill you as smoke a cigarette - is quite another.

The U.S. Department of Education recently proposed priorities that will direct federal grant money to programs that teach the divisive narratives of Ibram Kendi and the 1619 Project, with no countervailing perspectives. Over the past several years, we have seen what happens when these narratives are presented to our children as facts that cannot be questioned.

They dehumanize, stereotype, and divide our children. They fail to acknowledge our imperfect yet continued progress towards American ideals. And they dishonor our common humanity. In so doing, we believe these programs not only further damage our children, their education and our social cohesiveness, but also violate the U.S. Constitution and the Civil Rights Act.

Increasingly, American institutions — colleges and universities, businesses, government, the media and even our children’s schools — are enforcing a cynical and intolerant orthodoxy. This orthodoxy requires us to identify ourselves and each other based on immutable characteristics like skin color, gender and sexual orientation. It pits us against one another, and diminishes what it means to be human.

Today, almost 70 years after Brown v. Board of Education ushered in the Civil Rights Movement, there is an urgent need to reaffirm and advance its core principles. To insist on our common humanity. To demand that we are each entitled to equality under the law. To bring about a world in which we are all judged by the content of our character and not by the color of our skin.

That’s where the Foundation Against Intolerance & Racism (FAIR) comes in. FAIR is a nonpartisan organization dedicated to advancing civil rights and liberties for all Americans, and promoting a common culture based on fairness, understanding and humanity.

Below are the core principles of the FAIR Organization

We believe that objective truth exists, that it is discoverable, and that scientific research must be untainted by any political agenda.

and promote compassionate anti-racism rooted in dignity and our common humanity.

Below is the comment submitted by FAIR urging the Department to reject or amend the new 'priorities' proposed by the Biden Administration's Department of Education. If you have children in school or college, or care about the cancer that is CRT spreading in our educational system, I highly recommend you give it a read.

✅ I strongly urge all liberty and truth-minded Americans that support Constitutional principles and the legacy of MLK Jr. to join FAIR and push back against woke totalitarianism and the cancer that is CRT spreading in our schools and workplaces.

**$ASS Coin Billionaire: Tales From the Fringe of the Crypto Craze.  Don't get too mad when reading, even money he ends up dead broke.

**Epstein’s guards given community service for their honest mistake of forgetting to guard him. If you believe anything the government tells you (or this article), you have to be out of your damn mind.

**Jack Dorsey says Bitcoin can make the world greener. Can he be right?

**A dive into Critical Race Theory and its logical conclusion, a rise in anti-Semitism .

**More Goldman Sachs employees are leaving to head into crypto.

**Of course the biggest bitcoin haters (Gates, Buffet) are those with vast wealth who have lived with a stable dollar. What about everyone from countries with unstable currencies?

**Carbon offsets (like nearly everything else in ESG) are a scam.

**The Big Lie.  I like how the author opened up with the Trojan Horse of Trump to bait in unwitting liberals, and then proceeded to drop the hammer on the intersectionality/Hamas/Palestine terror trifecta.  Any other country subject to what Israel has been subjected to would have obliterated the fanatical death cult next door.

**Marty Bent urges us to ‘Own the Framing’ in this post-truth world. Solid blast from one of my favorites.

What I’m Listening To…

Many people ask why I don't write more about Ethereum (short answer - because it's not Bitcoin).  While it is a technological marvel, it is still very much an experiment. And if I was to go on another unwarranted federal vacation for a few years, I wouldn't trust my money to be safe in Ether during my hibernation.  That doesn't mean Ethereum can't grow into its own and continue to change the world, it just means it has a lot of work to do and I prefer bitcoin for reasons I’ve stated repeatedly.  Nevertheless, here's a good podcast on Ethereum my friend Michael G sent me. If you like deep dives into a specific business, I highly recommend the series.

Ed Mylett and Tim Grover, two masters of their craft talking Kobe, Michael, excellence and what it takes to win.

Charts of the Day